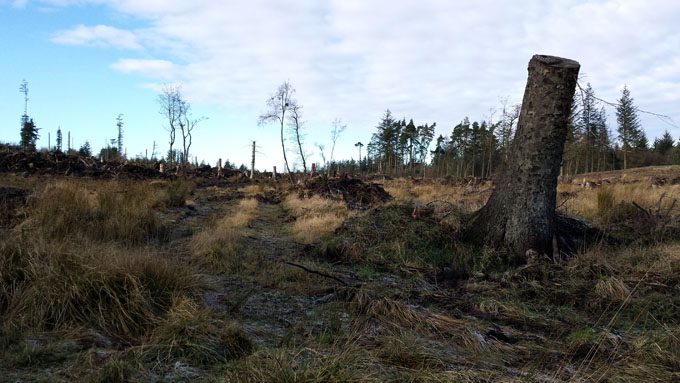 For an artist looking for characterful old trees this doesn’t look very promising does it? Clearfelled plantation is in itself a dramatic kind of landscape, but not what I’m hunting for. Gladly we have wonders of the internet like National Library of Scotland’s online historical maps and satellite imaging (I’ve recently discovered that Bing maps are a far better tool than Google) so I had an idea that there might be living remnants of the previous landscape somewhere here at Beecraigs Country Park. 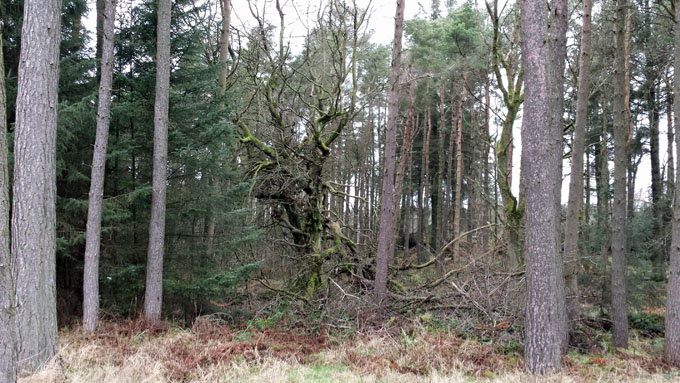 Surrounded by the plantation trees and densely shaded, I found a few old beeches just clinging on along old boundary ditches. 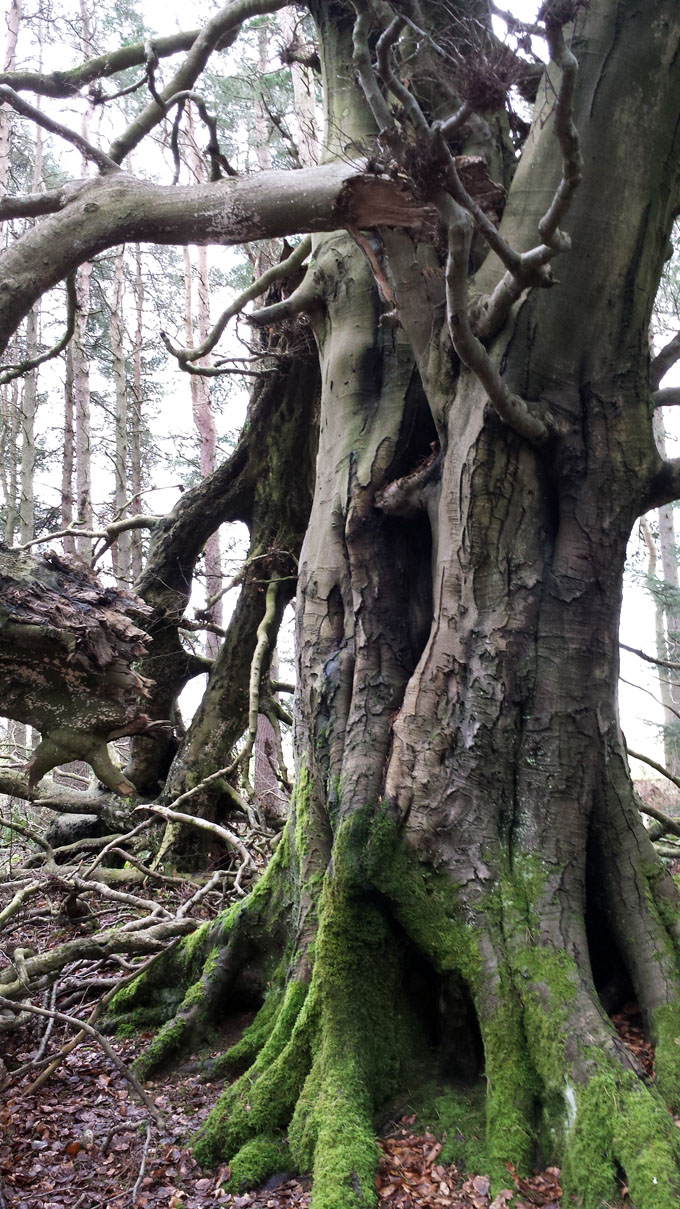 They show up on satellite images as bright green shapes against the dark uniformity of the conifers and checking the shape’s location against old maps confirms that they are on a pre-existing boundary. 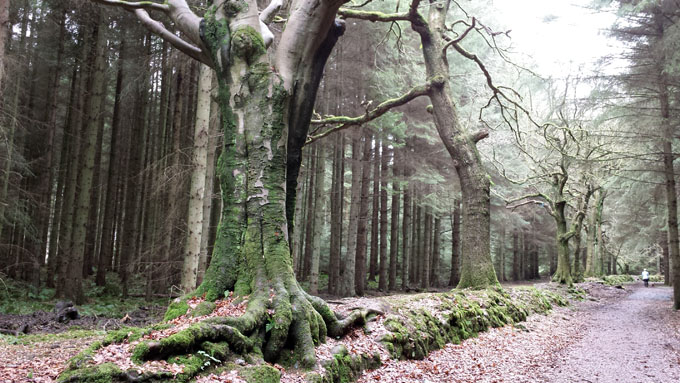 I tested out my new water soluble graphite sticks while drawing in the rain/sleet – well it is February! 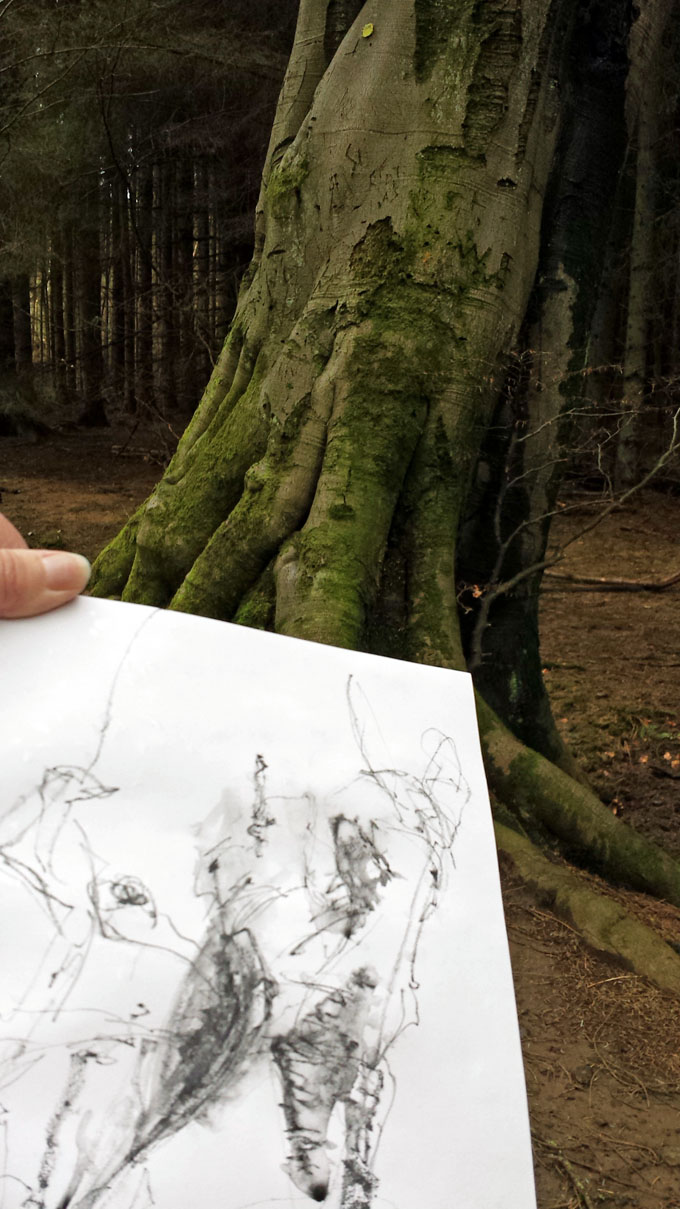 A second visit on a much sunnier day revealed a wonderful line of wiggly beeches along a south facing bank. 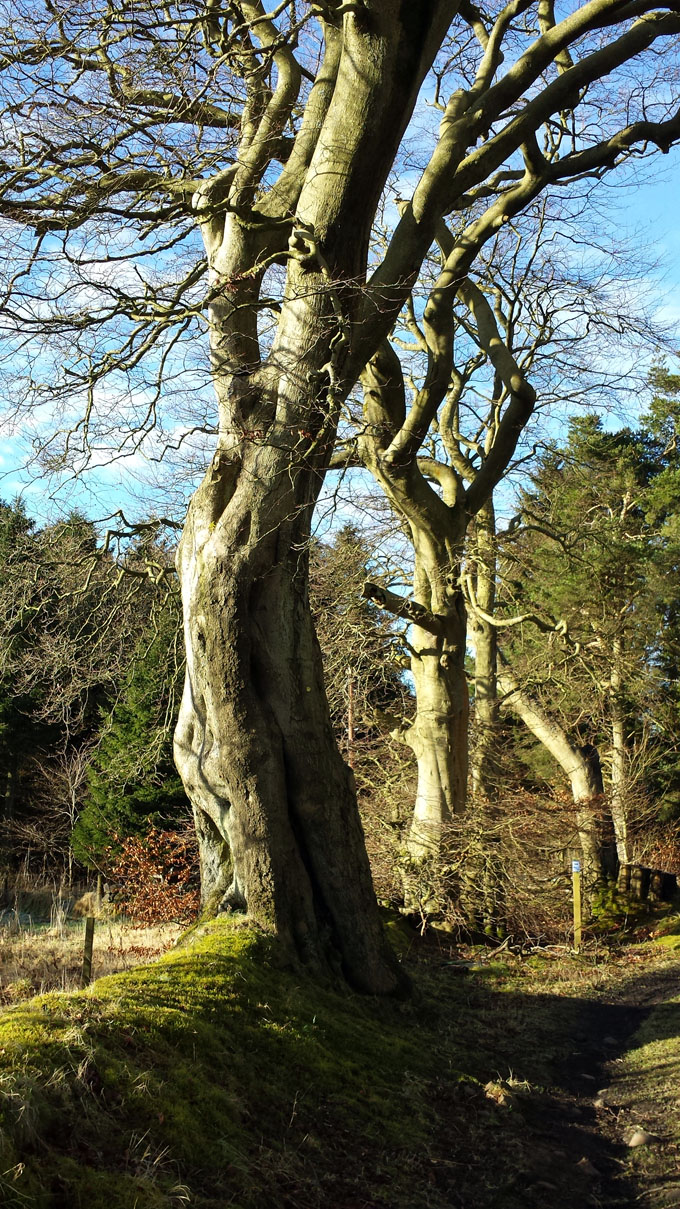 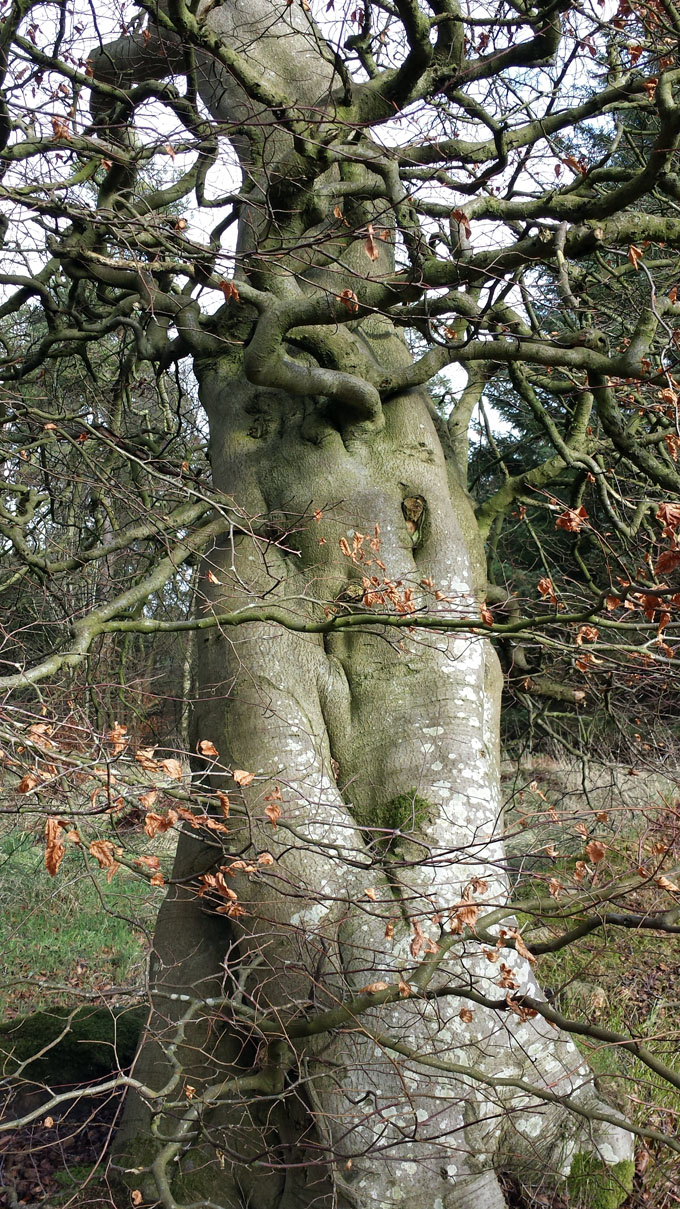 This cluster was a real surprise – mountain bikers clearly use this extensively as it’s all lumps and bumps, being a former quarry area. 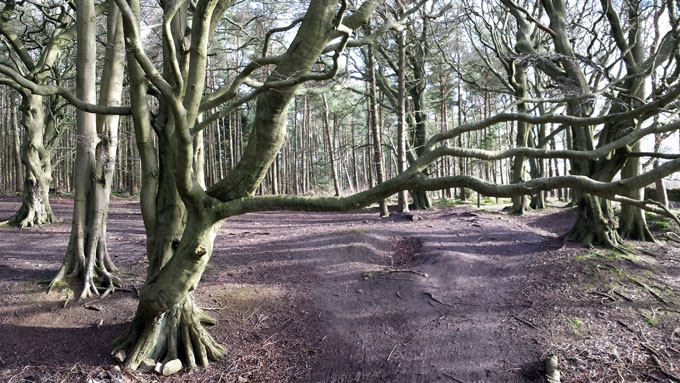 So I found my characters after all, which means I not only have the satisfaction of a successful forage, but so many new trees to get to know through my drawing – expect to meet some of them at Howden Park Centre later this year… 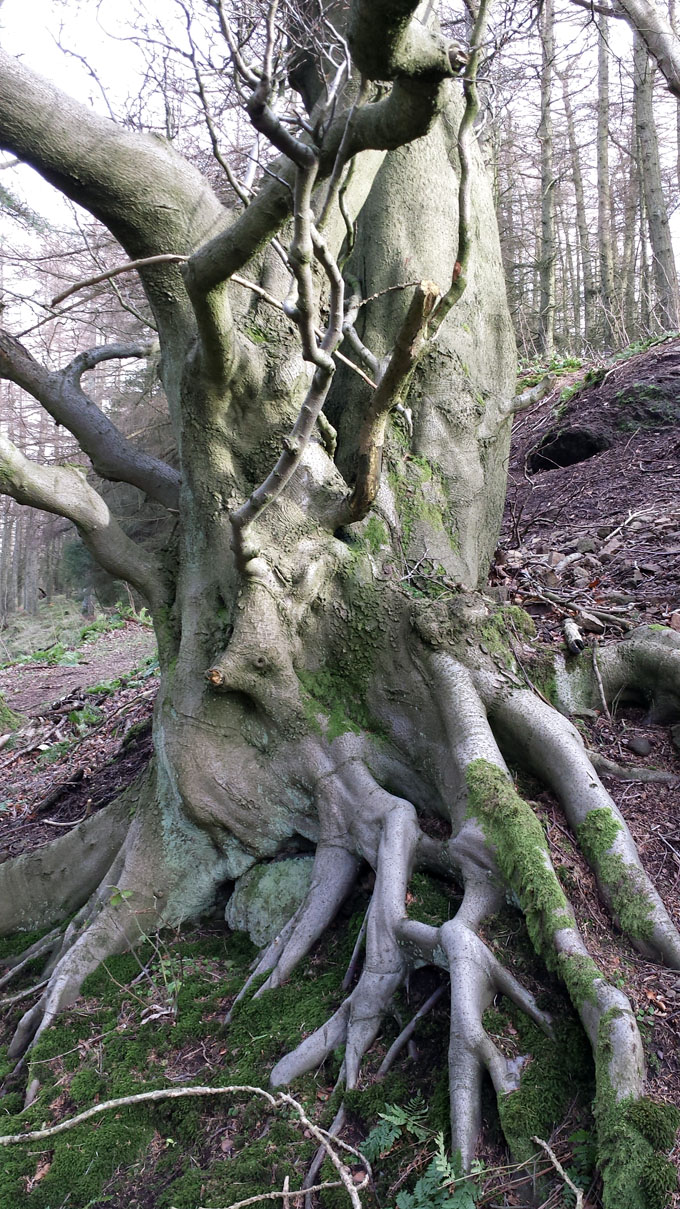