It’s been an intense few months in my studio, while I’ve been immersed in developing a new way of working in oil paint. New materials require trials and experiments, so I’ve been doing my best impression of a methodical person, testing all the variables of substrates, grounds, paint brands, mediums, mark-making tools and finishes. The time (and money) invested is now paying off and I’ve found combinations which are enabling me to say what I want to in paint. I now know what I like, don’t like and hate with a passion – this will make it so much easier to express myself in new but hopefully still familiar ways. 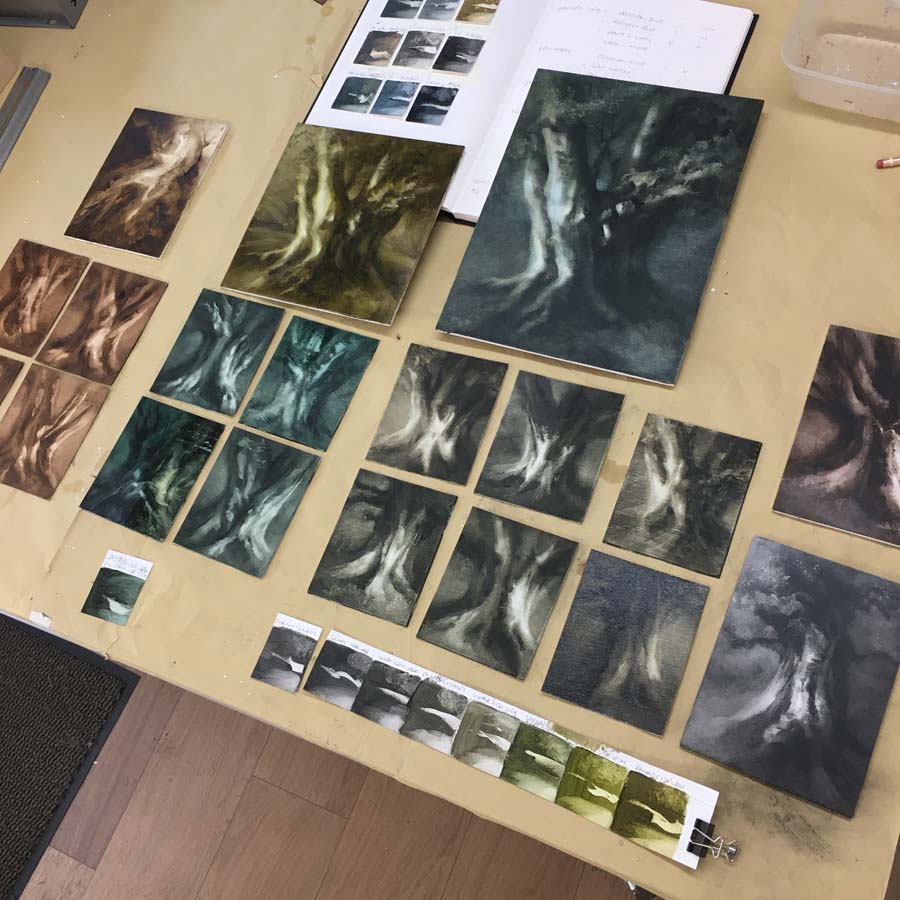 I’ve bought a lot of new paints and tried a LOT of combinations. Earthy colours and natural pigments like slate or oxides have appealed most to me from these trials. I’ve been particularly excited to discover a ready-made oil paint using charcoal as the pigment, since I realised making my own in any amounts would take more time than I’d like. 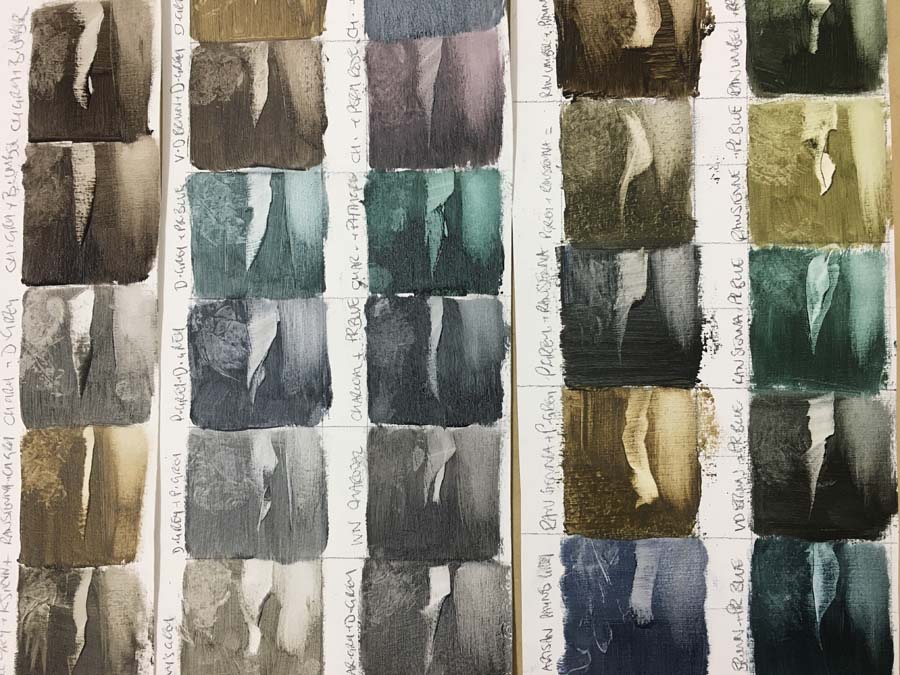 I’ve decided to restrict the works to an almost monochrome palette, using colours which suggest ‘beechness’ but don’t attempt to depict it. I plan to use subtle glazes to deepen the colours and enhance their glow.

I approach my charcoal works as if I’m drawing with light, so it made complete sense to work with paint in the same way. Reductive painting simply means removing paint to create lights rather than adding it to create darks – it’s a very tonal technique with a broad range of mark-making possibilities. 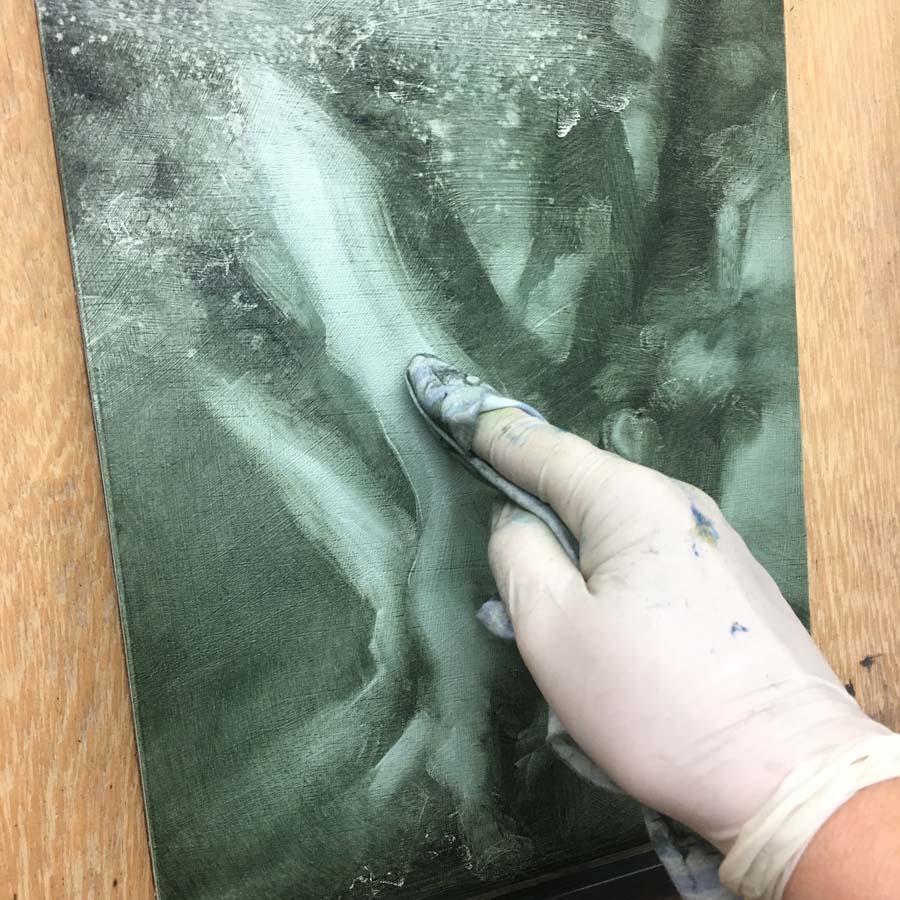 It also means I get to paint with my fingers, so I’m still in that particular comfort zone! Guiding me on the studio wall are images of lithographs by Eugène Carrière, a master of ethereal monochrome work and images by early Pictorialist photographers which remind me to keep those tones simple whenever I get too wrapped up in details.

Here’s what my reductive painting technique looks like in action…

The arrival of a title

As they’ve been gathering in the studio, the word ‘Grounded’ has linked itself with this new series – in my mind it seems to sum up both the qualities of the trees they are inspired by and my reaction to being in their presence. 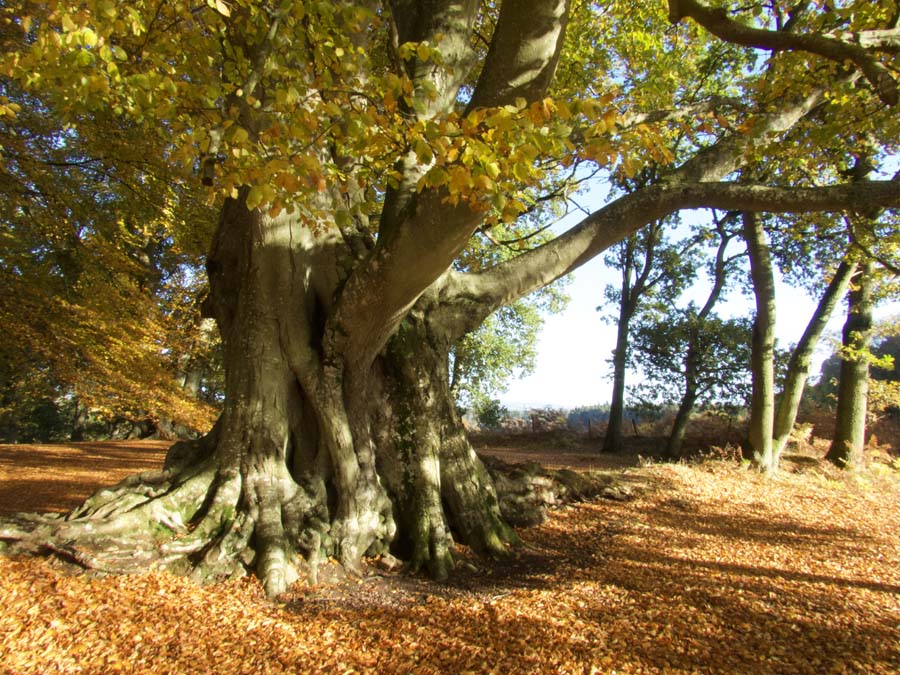 These old veterans are relics of a former landscape in an ancient woodland at Kinclaven, Perthshire. Massive, stoic and stunningly beautiful, they’ve given me enough ideas to keep me working through whatever the winter brings.

I’ll be continuing work on my ‘Grounded’ series over the next couple of months, in preparation for my solo show at Linlithgow Burgh Halls next February. If you enjoy seeing snippets of work in progress, I also post video clips on Instagram – come and say hello there.