I’m often asked why I’ve chosen to draw trees and the honest answer is that I really don’t know, I just found myself doing it and now I can’t stop.

It’s a subject that has so many layers of historic, cultural and symbolic meaning and such visual variety that I know I’ll never get bored.  In a way, having that constraint on my choice of subject has made me feel more free to experiment with materials and forms of expression.

However, it’s also true to say that there are many things that have influenced my artistic journey to this point and, since it’s Father’s Day, I’ll give the credit to my dad. 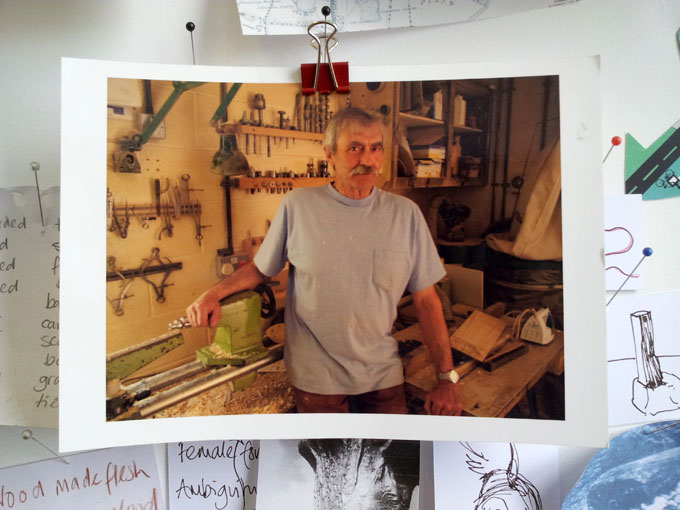 Introducing Tony Lee €“ Woodturner, who died in 2007 but still keeps an eye on me in my studio.  He’s pictured here in his own workshop, surrounded by the tools of his trade and looking justifiably pleased with himself, having created his own business in the dark times of the mid eighties.  His first workshop was the garden shed where he taught me to turn on the lathe, cut a mortise and sand to a silky finish.  I also learned about the quirks and qualities of wood as a material €“ how it continues to move long after it’s been cut.

I have some of his calipers in my studio now (you can see them to the left of him in the picture). 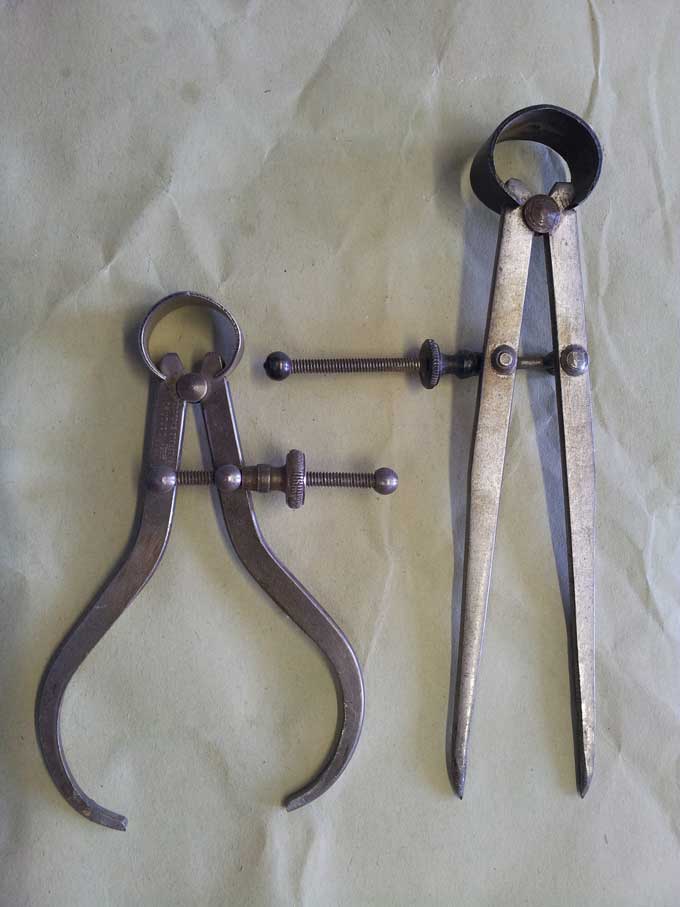 So you could say that trees have been a theme in family life as I grew up and going back a further generation this was also the case.

My grandparents lived in Worksop Nottinghamshire, close to Sherwood Forest and the Welbeck, Rufford and Clumber estates, otherwise known as €˜The Dukeries’.  We spent many a happy Sunday travelling the countryside in their Hillman Imp and the highlight of a trip would be a visit to this monster: 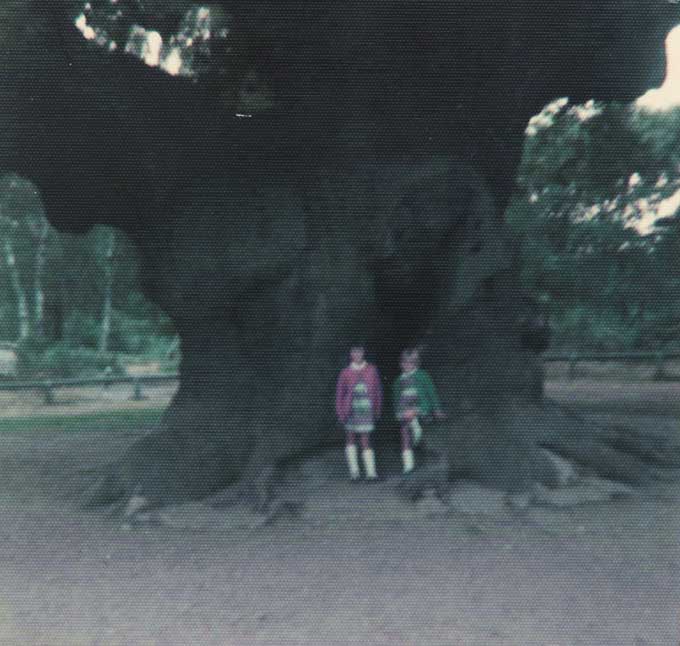 Here’s a picture of us in authentic 1970s garb to give you a sense of scale €“ I’m quite glad that this old picture is grainy, so you can’t see my haircut!

The Major Oak is the most famous tree in Sherwood and possibly one of the most famous in the UK.  When I was a child you could clamber all over it and my sister and I used to hide right inside its belly.  These are much more recent photos I took when visiting early this year: 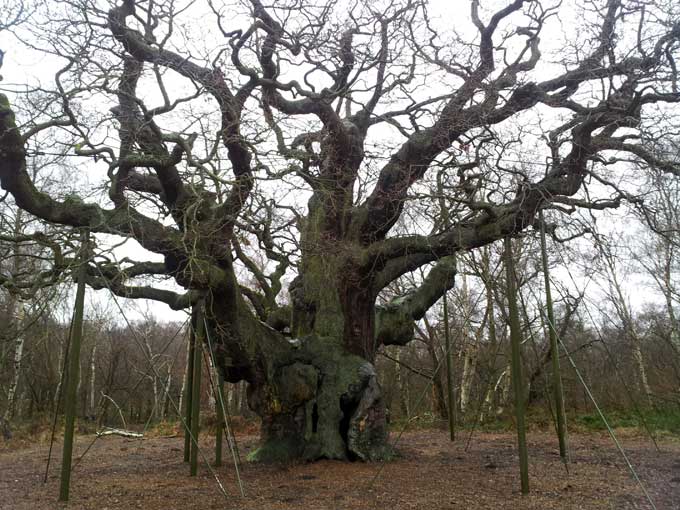 Of course it’s now surrounded by a fence and is extensively supported by large props.  It brings to mind a zoo animal, somewhat constrained but conserved and protected at least. 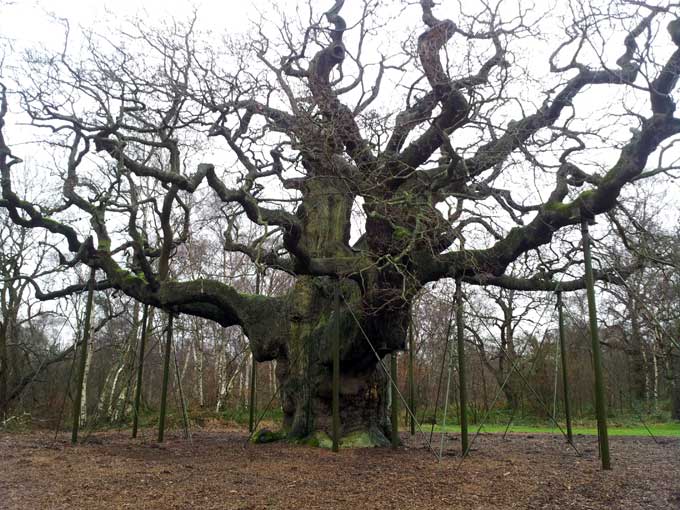 How could you fail to be impressed by this ancient tree?

I don’t really know where my inspiration comes from,  I just hope it never stops.