Newbattle Abbey College has a long and interesting history and some of my very favourite trees.

It€™s been a regular haunt for me since I moved to Scotland in 1994 and I returned today in search of some tree graffiti to get the ideas flowing around €˜Tree Stories€™, a project in the pipeline which I hope to be involved in later this year.  It€™s being developed by Professor Ian D Rotherham at Sheffield Hallam University and aims to get the public engaged in a national hunt for marked and worked trees, recording them in photographs and trying to find out a bit more about their history.

This idea was immediately appealing to me, as I€™ve been collecting images of carved and marked trees and incorporating these into my recent work. 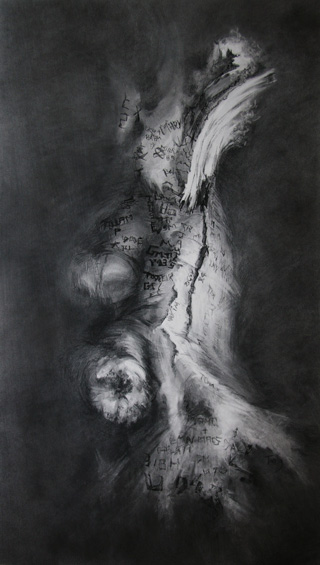 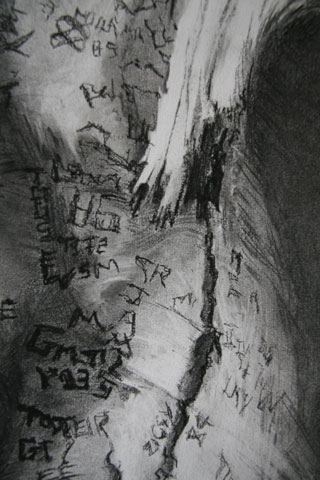 It raises some interesting questions for me about where the line is drawn between vandalism and culture, damage and heritage.   I€™d like to find out more about how carving a living tree affects it €“ does it lead to stress, disease or weakness, or is the tree able to repair or isolate the damage?  How much of the bark€™s surface can be carved before it starts to cause serious problems for the tree? 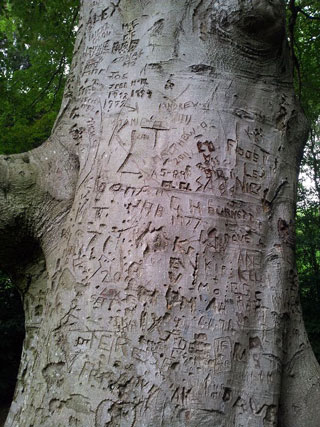 This particular beech seems to have taken on a local significance as the place to €˜make your mark€™.  The oldest carving I could identify was dated 1955, but most were from the 1970s and 80s, with some much more recent. 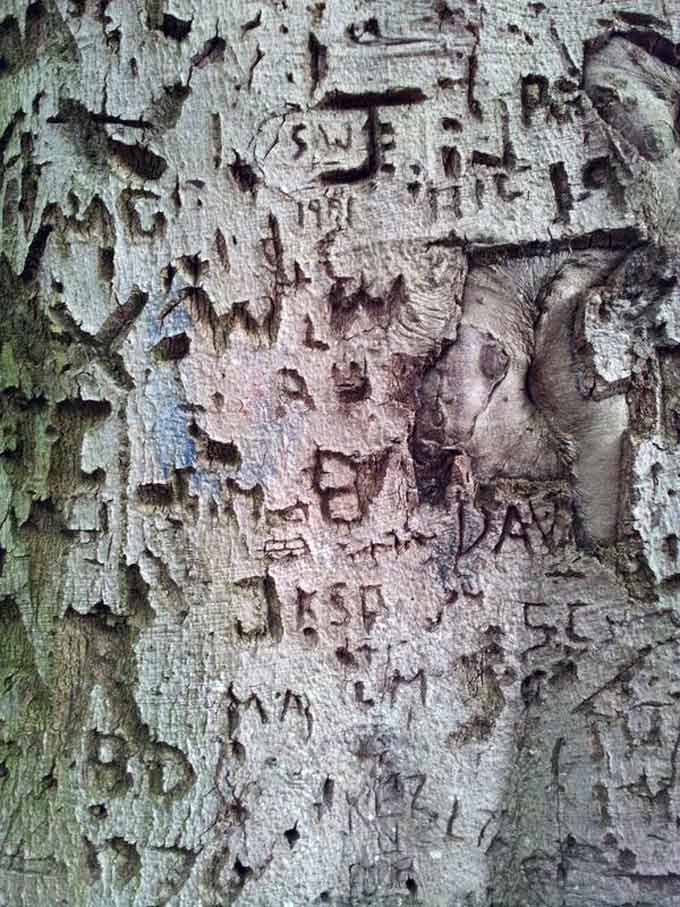 It€™s both shocking and impressive to see the whole surface of the tree marked like this €“ as if a large crowd had gathered by the river and started yelling their names. 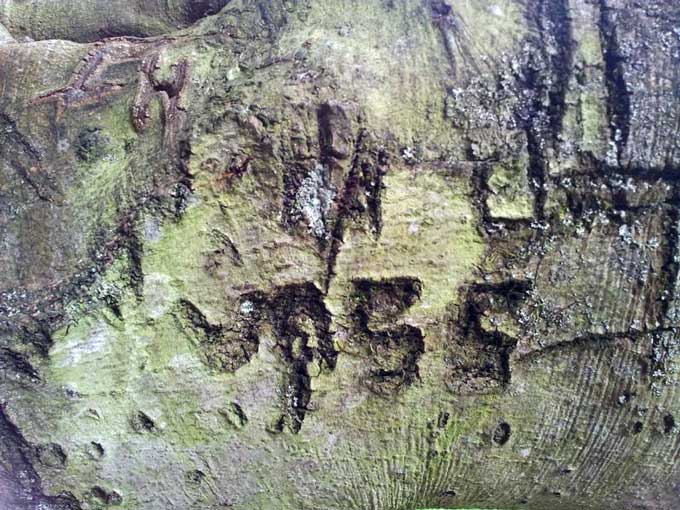 I’ve never noticed this on my previous visits, but there are coins pressed into wounds in the bark like some sort of spontaneous offering.  I’ve read about ‘money trees’ before but never seen one up close. 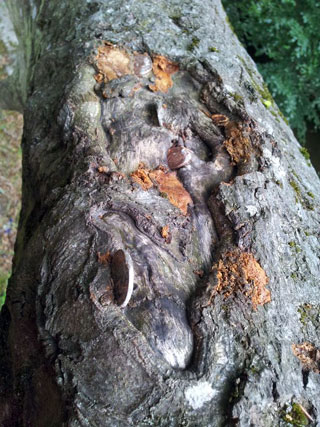 There are more ‘Tree Stories’ to come from this one I think!