Back in the grounds of Newbattle Abbey today drawing this fallen beech: 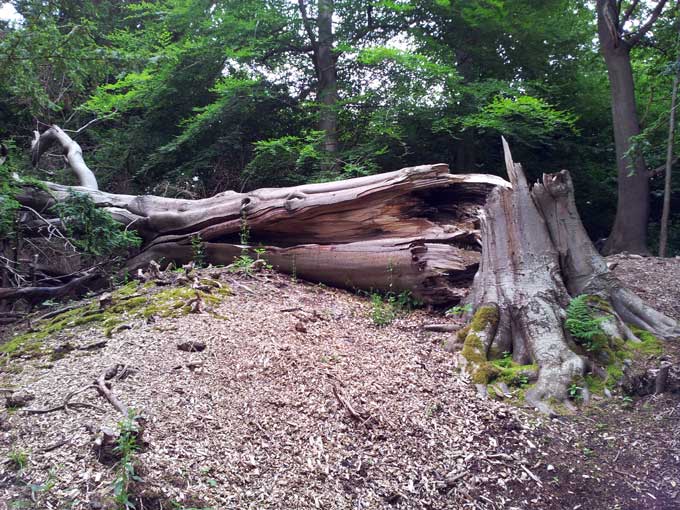 It’s unusual for me to have the opportunity to get close to the upper parts of a tree as big as this, since I’m not any kind of climber.  It came down in the January storms of 2012 and the photo below was taken shortly after, while the torn trunk was still very fresh and smelling of sap. 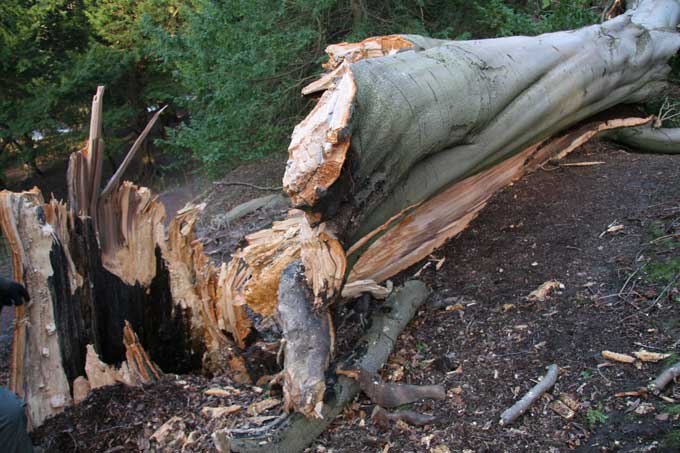 I’ve been collecting as much visual information as I can while it’s still in situ – it’s possible that next time I visit it could be removed for safety reasons, though I’m hopeful that it will be left to sustain life as it rots. 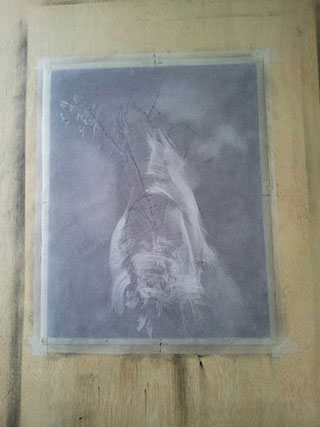 Here’s the very beginnings of a drawing made from photos taken of the tree when it was still standing, it’s almost ready to leave the board now but I’m not quite ready to say “finished” yet.