Where do the ideas come from? How do the images form themselves?

It’s not until after I’ve finished a body of work that I can get enough distance to see where it might have come from, what it relates to and where it sits amongst all my work. While I’m making it, it’s mostly a response to a creative urge rather than following a plan.

Looking back now I see that my ‘Rivers of oak’ series came from the coalescence of two visual elements – the bare, weather-eroded sapwood of long dead ancient oaks and the turbulent patterns of the sea where I row. Both are things I’ve looked at intently.

As I was making these drawings I wasn’t aware of the way these two forms of fluidity were linking – that came much later when I began to think of titles and realised how much wood echoed water.

I thought it might be useful to visually document the development of my ‘Rivers of oak’ series of charcoal drawings. If you’re an artist you may recognise some stages of this process and if you’re an art lover you might like to know more about how the work emerges. It might even help me when I next encounter a little creative block.

I’ve been drawing ancient oaks for a very long time, their sculptural forms are a source of continual inspiration. Here, the burrs created by the epicormic buds are revealed where the bark has fallen away from the non-living wood (a term coined by Ted Green, used instead of dead wood to acknowledge it’s vital role in tree ecology).

I sketch as much as I can in the woodland during the winter and early spring, then take a lot of photos. These can reveal unnoticed details and prompt unexpected ideas – they combine with my sketches and visual memory towards the emerging imagery.

I have an old whiteboard where I write words to guide the body of work. They usually grow out of my learning from previous work and are more of a general direction of travel than a precise brief. It helps me ignore the distracting thoughts and diversions which inevitably happen – the mind monkey is very active at this stage. 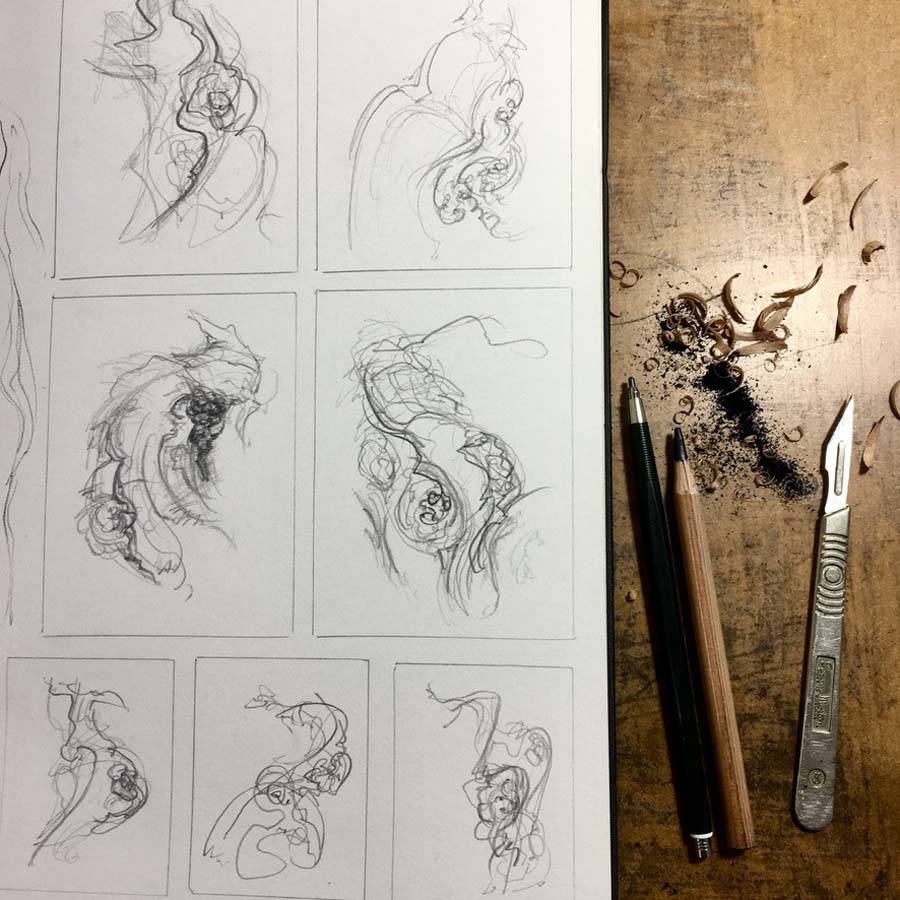 Back in the sketchbook, I redraw the trees I’ve seen and doodles begin to take on a life of their own, echoing the imagery I’ve immersed myself in. These form the starting point for the compositions.

All the works in this series began with very fast gestural marks with charcoal powder, essentially a finger/hand/arm painting process. Speed and fluidity were very important – I wanted to keep the paper quite clean around the image, so it appeared to be floating rather than anchored to anything visually. 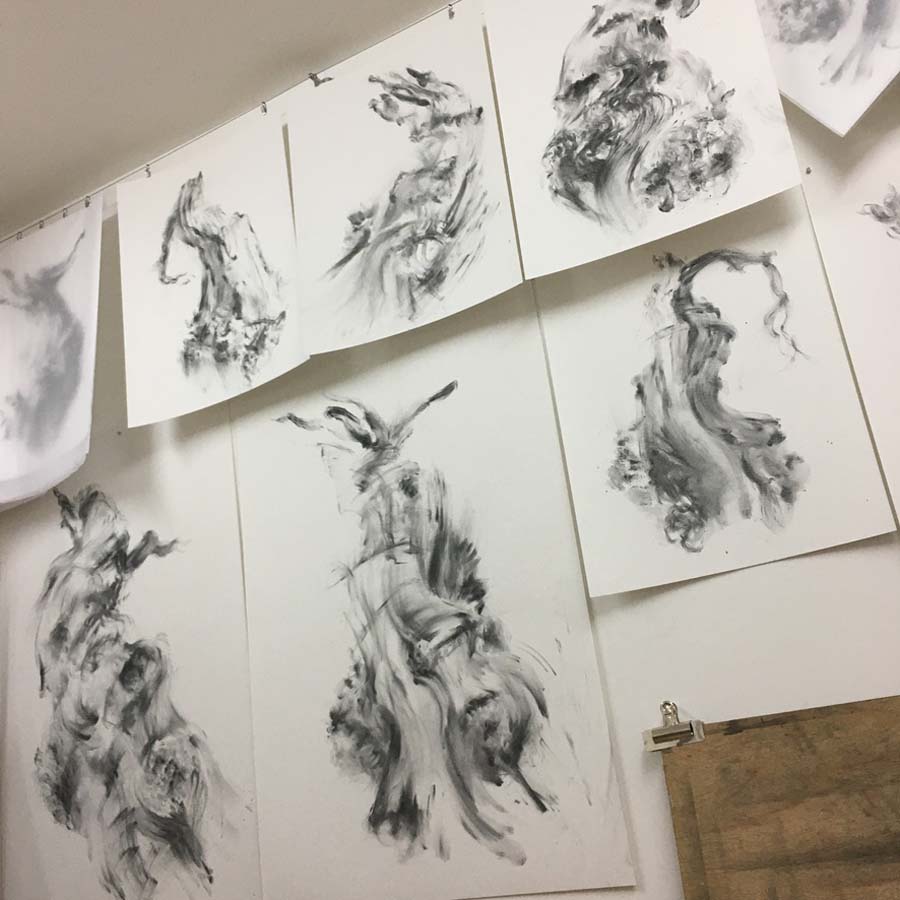 Those first gestures suggest what comes next and there was a gentle period of absorbing, examining and responding to evolve the image. I tried to tread a delicate balance between freshness and finish in these drawings, some areas were carefully worked over but others still show the raw finger marks.

I always make a collection of music to work to which fits my feeling for the series – it acts as a trigger to get me into that particular creative mood. You can dip into the playlist I made to work to here»

My studio playlists aren’t usually easy listening, I seem to need an intensity of sound to match the art-making process. So maybe not the best background tunes for most people!

Drawing on a larger scale like this one gave me more room to play with the flowing qualities of the charcoal – I made notes in my sketchbook promising myself I’ll increase the scale even further next time.

The series grew to number 18 works and I feel there’s more to come still. I was delighted by how dynamic they all were and felt pleased that I’d restrained any urges to overwork. Each has their own personality but they all dance together beautifully.

You can view the full series in my gallery here»

Where to see ‘Rivers of oak’

The whole series was exhibited in my solo show ‘On Tree Time’ in June 2021 and a selection will feature in my next solo show ‘Turning Towards the Light’ at Linlithgow Burgh Halls, opening 4th March 2022.

They will be available to buy from the 4th, so get in touch if you’d like to have one (or some) for your home.

I’ll be having a real-life, on the wall exhibition this June at Edinburgh Palette, my former studio complex and creative home in the east of Edinburgh – how exciting!!! 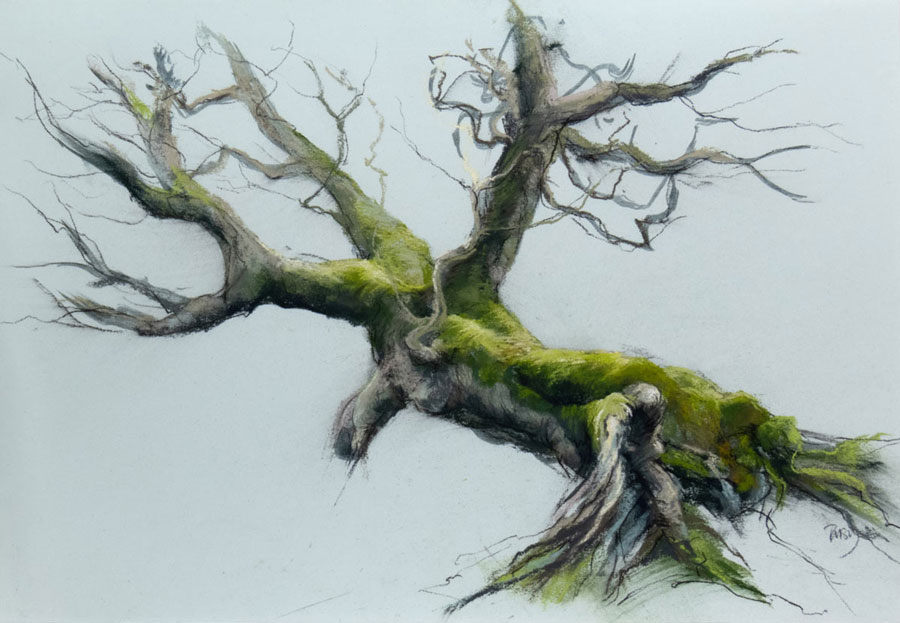 ‘On Tree Time’ explores the way trees adapt and endure in the face of adversity. It will feature a selection of new works on paper in charcoal, oil and pastel made during winter and spring 2020-21. The show opens Friday 4th June and closes on Sunday the 20th, so that’s 16 whole days where anyone who can travel to the area can come to see my newest work in person, have a proper chat with me and maybe even choose a piece for their own collection.

So much has changed over the last year that planning this exhibition feels almost like starting from scratch, even though I’ve been doing them for 10 years now. Private views and opening parties will need to be different, open door visiting may not be possible and hugs with friends, followers and colleagues will sadly be missing.

Some things will be the same though. For visitors, there’s the chance to get up close and personal with the art, to peer at the details as well as take in the whole view, to get a true sense of the textures, colours and energy of the work. For me, I relish the opportunity to show a collection of work with a coherent theme all together, the chance to talk about the story of the work with visitors, choosing favourites and great combinations, noticing rhymes and echoes, contrasts and creative leaps.  Sitting with my exhibitions has always been a favourite time for me to reflect on that body of work, review its successes and where it has fallen short of the idea. Almost always I come out of that process with new ideas sparked. 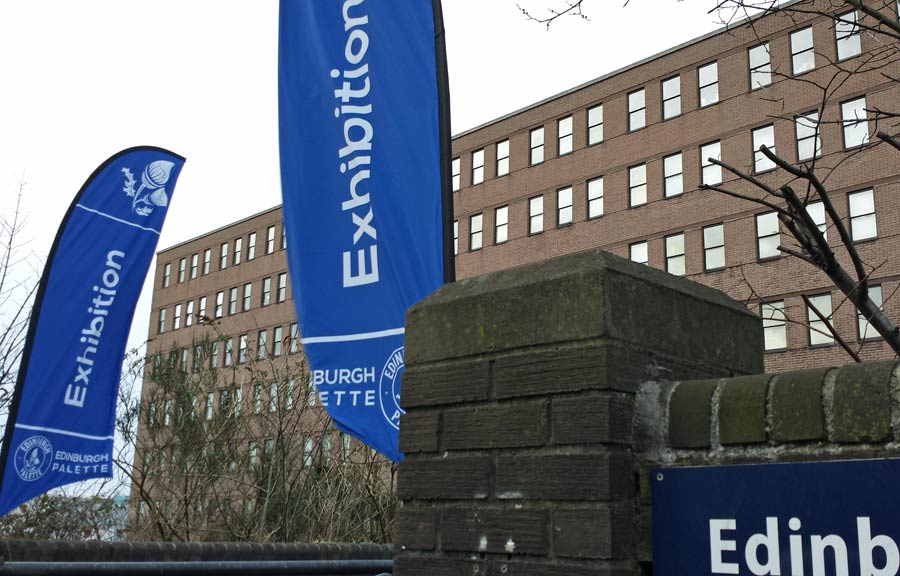 One of the things that I like many creative people have missed so much is encountering the random, unexpected or surprising which can so often be the stimulus for new ideas. Alongside travelling to distant woodlands, it’s conversations with people not in my ‘bubble’ that I’ve missed the most. I’m so looking forward to talking to visitors about their experiences of trees and art, their knowledge and perspectives are always creatively energising.

To try and make the best of the current limitations, I’m putting together a programme of online and in person events linked to the exhibition so, if you’d like to hear about these and be first to get tickets, make sure you are subscribed to my Studio Newsletter. Find out how you can visit here and I hope to be showing you my new drawings very soon. 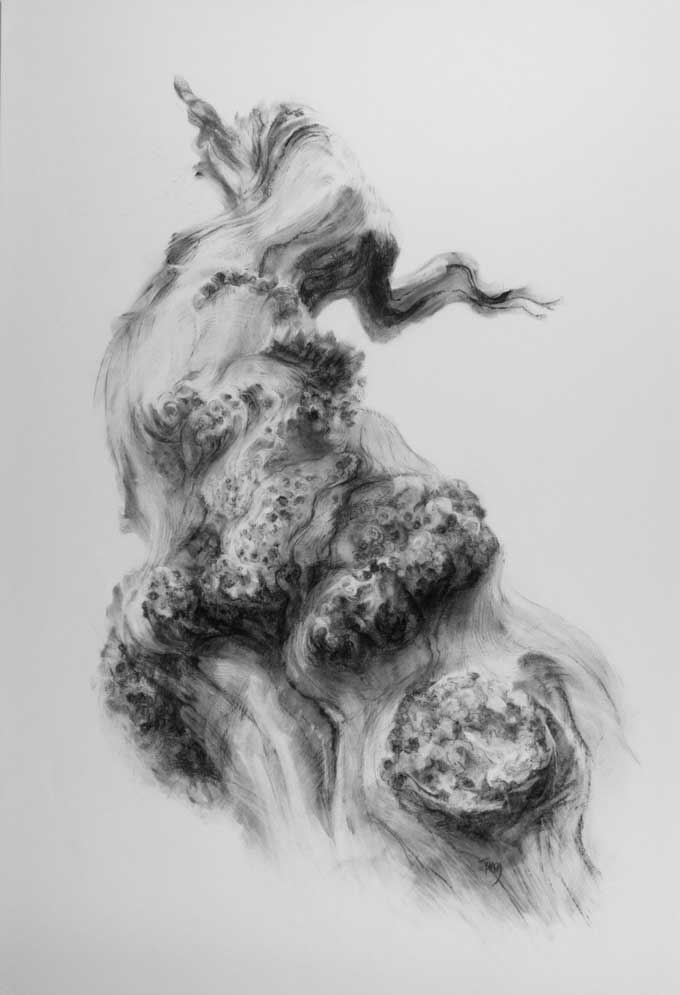 I’m delighted to be this month’s featured artist in the beautiful publication Herbology News. Have a look here for a thoughtful and inspiring read with a deep connection to nature. Thanks to Editor Kyra for inviting me and to the design team for showing my work so beautifully alongside the articles. On the cover is ‘Cascade’ from my new ‘Rivers of oak’ series of charcoals.

We use cookies to ensure that we give you the best experience on our website. If you continue to use this site we will assume that you are happy with it.OKPrivacy policy